The Laboratory of Gnotobiology (headed by Marek Sinkora, Ph.D.) is a part of the Institute of Microbiology (directed by Jiri Hasek, Ph.D.) of the Czech Academy of Sciences. 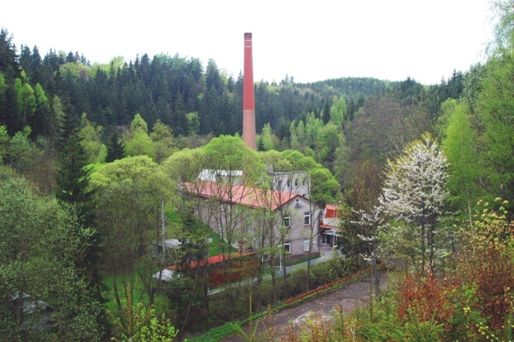 The Laboratory is located at township Novy Hradek in East Bohemia about 160 km from Prague at the foot of the Orlicke hory (Eagle mountains) that borders the frontiers of Poland. This remote place in deep forest has been discovered by microbiologists from Prague. The foundation of the Laboratory of Gnotobiology was laid in 1953 by a renowned Czech immunologist Professor Jaroslav Sterzl. Former textile factory was completely rebuilt and transformed into the Biological station. First germ-free animals were obtained in 1957 and the station at Novy Hradek  became the second laboratory of gnotobiology in Europe. 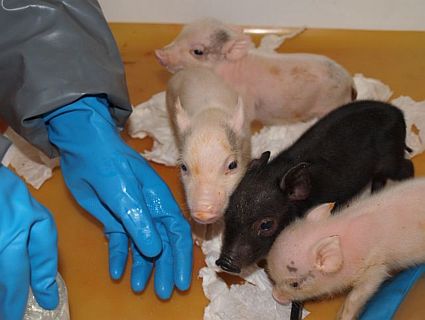 Gnotobiotic piglets have been reared in plastic and fibreglass isolators for immunology research. With the beginning of the new economic order, the whole research in the Czech Republic has been transformed from five-year plans, controlled by the political center, to an independent, transparent and competitive system of grants. After the evaluation by an International Committee, many research institutes were closed and the others were re-organized. The Laboratory of Gnotobiology  was divided in 1990 into two parts: the Laboratory of  Physiology, Immunity and Ontogenesis of Gnotobionts and the Laboratory of Immune Regulations. The number of employees including scientists dramatically decreased during the period 1990-1994 (only half of the former forty employees have stayed at Novy Hradek).  Both laboratories were again joined in 2009 to be headed by Hana Kozakova Ph.D., when existence of the Czech Academy of Sciences was jeopardized and structural changes in the institutes of the Academy were required. Since 2018 is laboratory headed by Marek Sinkora, Ph.D.